So what exactly makes someone fascinating.
A couple of interesting traits include pioneers, meticulousness and intrigue
Sometimes lol they are called John

have you heard of him? Probably not but you might have heard of helicobacter pylori.

Dr Lykoudis was a Greek physician who practised about 50-60 years ago.

He had gastritis and came up with a concept that it might be caused by an infection.
One he treated himself with a triple therapy course of antibiotics, he tried to propagate this idea.

But as is often the case, he encountered a lot of resistance, because of medical dogma and was not accepted by his peers.

But who exactly were his peers, if he was about 30 years ahead of his time?

He went on to treat patients who believed in him and benefited, but often got in trouble with the authorities, who paradoxically couldn’t treat the condition as well.

Recently he was recognised by the Lancet as a pioneer in his field and indeed one of the very antibiotics he used streptomycin can still be used in current helicobacter pylori gastritis. 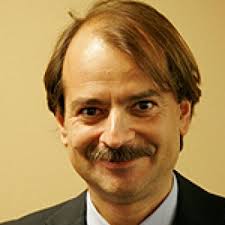 he studies the studies, ie, meticulous.
He again is a doctor, a medical epidemiologist, he works for Harvard.

He is in the top 100 most cited authors in not just medicine but science, which includes a pool of 20 million authors or articles I can’t recall, but big pool.

“Why most Published Research Findings are False” is the most accessed article article in the history of Public Library of Science (1.4 million hits)

Strange in a so called era of evidence-based-medicine™, but makes sense when most research is industry funded and highly biased,Lexchin 2003, and thus in the realm of infommercials.

From a geo-philosophical point of view, when society’s main idols are Kardashian, Kanye and The Economy™ you are not going to get much quality science, plenty attention seeking and celebrity and this is reflected in our science, with gimmicky names and often absurd incoherent titles let alone the following studies.

another favourite of mine, the rogue of economics.

He is unique and intriguing,
now I am not a fan of the economy in general, as it simply benefits only one section of society, the rich, when times are good the rich benefit and when times are bad the public bear the brunt, bailouts, austerity etc etc

Varoufakis has a varied upbringing in his rise to Greek economics minister, has worked in England, Sydney my home town and for Steam a gaming company.

The varied experiences are nice but the gaming company component is intriguing, he was hired to set up and  manage virtual economies in online games, interesting.

Also interesting is his apparent philosophy of economics management, like a father looking after his family, with family being a metaphor for society.

Indeed his societal focus instead of towing the line of the status quo of suits and bankers, is reflected in the way he dressed for the economic meetings he attended.

Never in a formal suit and tie, he didn’t need the phallic symbol as he was the phallic symbol of Greece in their resistance against the economic invasion of Europe by the troika, 70 years ago ot was called the the axis, where they used tanks instead of banks.

He did his job, which was to say OXI again said previously by Greece, which means no,no to human suffering in exchange for bank profits.

And left on his white horse or in this case on a motorbike, with his woman and leather jacket, memorable.

His leaving the mess that is supposed a United Europe, is not just him being replaced.
He took his proverbial hat and left, likely to be followed by Greece and most of southern Europe, when they follow his lead.

Fascinating, as Greeks say, life is a game.